Zucchini also known as courgette is one of the popular summer squash. It is soft, sweet and usually dark or light green in colour. The flavour of zucchini is very mild and can be eaten with the skin.

Later it becomes popular in different regions of the world with different names.

The name zucchini is mostly used in America, Australia, Canada and New Zeeland. Similarly, the name courgette is famous in British, Hiberno, Malaysian,

Zucchini, is a summer squash in the Cucurbitaceae plant family, alongside melons, spaghetti squash, and cucumbers.

Although zucchini is often considered a vegetable, it is botanically classified as a fruit. It occurs in several varieties, which range in colour from deep yellow to dark green.

What is called zucchini in hindi

Just like this squash variants are popularly known as courgettes in French and zucchini in Italian. This is also known as in hindi. Zucchini is rich in plant compounds, vitamins, and minerals for example magnesium, potassium

What is the difference between zucchini and cucumber If you place both zucchini and cucumber side by side, then it is very hard to differentiate between Zucchini & Cucumber you may confuse about deciding which one is what. Because by appearance they look almost similar to dark green skin, and long, cylindrical shape.

Even though there is some difference between them, check out below.

How to store zucchini After cooking zucchini recipes if you don’t store zucchini properly it can easily damage. 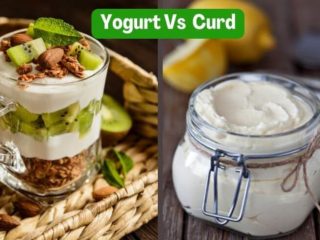 What is the difference between yogurt and curd