Onion pakoda recipe is deep fried Indian snack dish. These tasty Indian fritters are made with onions, gram flour or besan, and a few aromatic indian spices and herbs. Onion pakora also known as Pyaz Pakora is one of the popular monsoon as well as winter snacks across the entire Indian subcontinent. To cook this crispy onion pakora recipe at home follow the below step-by-step instructions on how to make onion pakoda. Pakora is the most popular spiced fritter from the Indian subcontinent. There are various ways you can cook these indian fritters from pyaz pakora to vegetable pakora, paneer pakora, chicken pakora , cauliflower pakora and many more.

They are very quick as well as easy to cook dish and very popular as a snack on their own or to accompany hot tea.

They are also commonly served on occasions like kitty parties, picnics, small gatherings and as a light snack at family ceremonies in India.

Note: if you are in a hurry, feel free to click on the following links to check your desired topic.If you’d like to see our in-depth step-by-step recipe preparation keep reading!

What is onion pakoda

Onion Pakoda or Kanda Bhaji or Pyaz Pakora or Indian Onion Fritters whatever you say is a very popular North Indian snack dish which is usually made by mixing gram flour with sliced onions, spices and herbs to make a medium-thick to medium consistency batter.

Then small portions of the batter are later deep fried to perfection that is served as a tea-time snack, especially during the monsoons.

These crispy onion pakora are an all-time favourite in Indian homes during a small party.

Side dish for onion pakoda

Otherwise, you can also serve inside a piece of bread or pav just like famous street food in Maharastra such as Kanda Bhaji and Pav.

Apart from these in mostly winter and rainy seasons, we prefer this crispy onion fritters with hot masala chai.

How to make onion pakoda

Here, the complete recipe of onion pakoda preparation is classified into three simple categories first one is making batter for onion pakora,

second one is frying onion pakora.

1. At first, making batter for onion pakora in a mixing bowl add 2 large size chop onions. You can also use slice onions. 6. Next mix everything with a spoon you will get dry mixture first. 7. Now pour water at intervals, and mix with dough to make a moist dough. Note: Make sure don’t pour a lot of water to make soggy dough because it ends up soaking a lot of oil while frying and never become crispy.

8. After that apply oil in palm, make circular pakora ball and place on a plate for frying later. Note :  When oil becomes medium hot, place a small pakoda dough if it rises easily without sinking and browning then it is the right temperature to fry pakoda.

3. After sometime turn on the other side and fry them till become crispy and golden brown from both side. 4. Finally our onion pakoda recipe is completed take them out from the pan and serve it hot with tomato ketchup, coriander chutney whatever you like. Here is a quick overview of all the onion pakoda ingredients including quick step by step preparation of onion pakoda recipe shown in the recipe card.

How to make onion pakoda 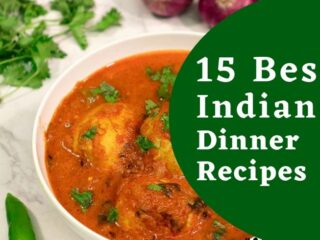 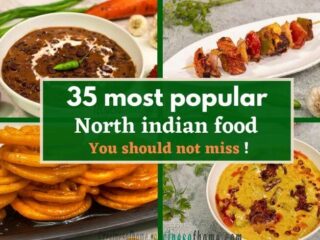